Made in Poland Screens

We are a leading Polish producer of sieving screens with over 3 decades of experience. Our meshes are 100% made in Poland. Thanks to this, when buying AMAR sieves, you have the guarantee of choosing the best goods available on the market. We have also adapted to the sudden needs of our clients and we fulfill most orders within 24 hours. We try to provide help and advice whenever there are doubts as to the selection of appropriate screens, and the wide range of available goods should satisfy even the most demanding customers. Our goal is to gain your trust and establish long-term cooperation. 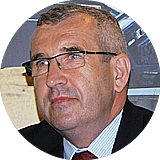 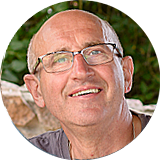 The brothers Andrzej and Marek Cendrowscy form a joint company in Kruklanki under the name AMAR.

Opening of a new and larger office (current address).

We were the first in Poland to develop our own technology and start the production of piano wire screens.

“AMAR Cendrowscy” s.c. is a family company, which started operations in 1989. It was then that the brothers, Andrzej and Marek Cendrowscy, began to produce the first screens for manual sieving of sand. Their products could be found on almost every construction site in the region as an inseparable addition to the usual shovel and cement mixer. Initially, the range of products offered included only woven sieves with square mesh. At the end of 1994, the company already employed 10 people, and our sieves began to reach the farthest corners of Poland. The following years were primarily the development and improvement of screen production technology for modern screening machines. Throughout this time, AMAR has remained the hallmark of the high quality and express delivery rate. As of today, the AMAR crew consists of nearly 40 people with a production volume of about 400 tons of steel screens per year. Many years of experience have resulted in recognition among many domestic and foreign recipients.